Over the past 108 years, Cubs fans have proven that cheering for the biggest losers in the history of American sports takes its toll on one’s mental health. As the team became an actual contender in the past couple years, the instances of drought-induced idiocy only seemed to increase. From premature tattoos to five-digit ticket purchases, Cubs fans have been easy to mock.

But who’s laughing now? With the Cubs’ victory in the World Series Wednesday night, those once derided as idiots, have been vindicated. They include:

The guy who got a Cubs 2016 “Curse Broken” tattoo in September.

This guy got a tattoo commemorating the Cubs' 2016 World Series victory... What could go wrong? pic.twitter.com/KaDfu90852

The guy with slightly less faith, but a belief the Cubs would win the World Series by 2019.

The guy with slightly less faith, but a belief the Cubs would win the World Series by 2099.

“Cubs fan leaves space to fill in World Series tattoo pic.twitter.com/tyFZLbsROm” Why would ANYONE get a Cubs tattoo on their back? Oh, wait...

The guy who dropped nearly $50,000 on two tickets to Game 7 of the World Series.

The guy who made this prediction in his 1993 yearbook quote.

This guy predicted a Cubs 2016 World Series win in his 1993 yearbook pic.twitter.com/O2jrmBiaHG

The guy who bet $200,000, his entire life savings, on the Cubs to win the World Series back in May. (Or maybe didn’t, but still definitely probably thought about it.) 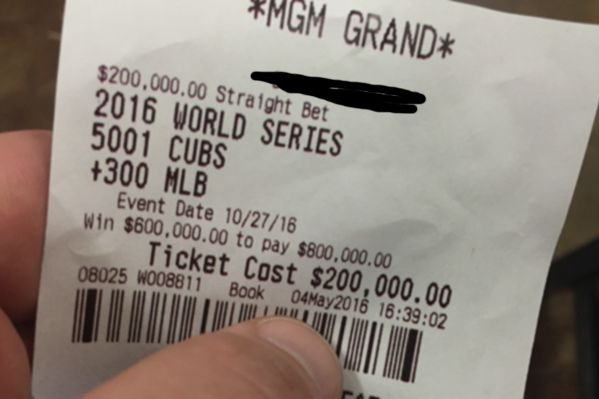