In our new advice column, Ask the Strategist, we take your most burning shopping questions and scour friends, call up experts, and draw from personal experience to answer them. As always, please comment with one of your own — we’re here to help.

Question: This weekend, I devoured the new Jill Soloway show, I Love Dick. Besides being hilariously funny and a trenchant comment on the marginalization and objectification of women in the (art) world, it had a super soundtrack and some amazing fashion. I’m calling upon the Strategist for help with the latter. When Chris sneaks into Dick’s office to leave her box of love letters, she is wearing my platonic ideal of a cardigan. Then, the next day, she sneaks back to retrieve the box, and is wearing another fabulous striped sweater. In fact, I loved a lot of Chris’s clothing, except for her neon Birkenstocks, and I could even make an intellectual argument for those. Anyway, I was wondering if you could get the show’s stylist to comment on her choices and, in particular, where those gorgeous sweaters and Paula’s cool necklaces are from!

We reached out to the show’s costume designer, Marie Schley, who also worked with Jill Soloway on Transparent, to break down Chris’s and Paula’s style choices (which we’ve also done with Master of None’s Aziz Ansari). Let’s get to it.

The platonic ideal of a cardigan 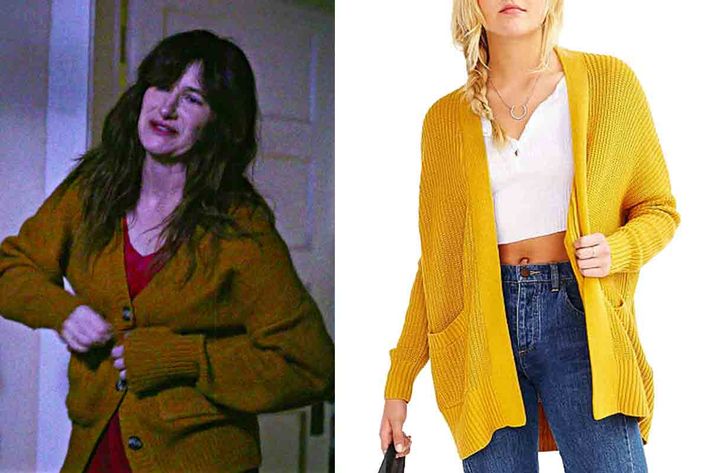 Schley: “It’s orangutan orange or, some might say, pumpkin orange, and it’s from last fall’s line at Zara Knits. She gets up in the middle of the night in a moment of impulsive need and obsession, and she throws on what’s on the floor of her house to go out. It’s interesting because I’ve worked with Kathryn Hahn on three projects, and she’s such an amazing chameleon. We were trying to find a new place for her to go as Chris Kraus, and the character is someone who does a lot of outrageous things, like obsessively stalk this guy. In our costumes, we wanted her to still be someone who was likable, funny, and personable, despite those outrageous things. The audience needs a way into that mind-set. This orange was a great warm, grounded color to have her in. It looks like a vintage 1960s men’s cardigan. It has a nice lived-in feel to it.”

Strategist: Since that cardigan was from last fall, it’s no longer available at Zara, but we’ve found some similar chunky ones at Boohoo, a mustard-colored one at Urban Outfitters, and even one on Amazon. If you want to stick with Zara, there’s no chunky style for now, but there is a lightweight cardigan in a similar color. 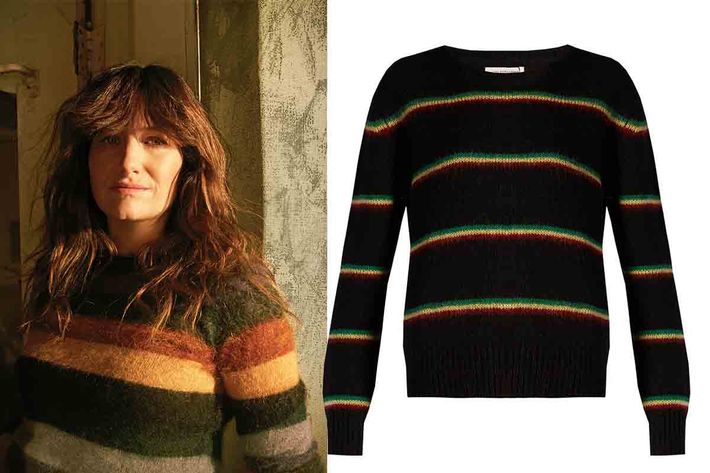 Schley: “That’s an Isabel Marant striped sweater, and it’s the same sort of palette of mustard yellow and earthy colors. It’s similarly warm, but also a cool look. She’s from New York, living in Marfa as part of the intellectual art world, and she probably couldn’t afford an Isabel sweater, so she probably had to hustle that on the side. It depends. I feel like people in that intellectual art world can find a way to wear a more expensive piece of clothing. I always think people who live in New York have a little bit more style compared to the rest of us. She’s not a fashionista, but she’s comfortable and she has an aesthetic.”

The story behind those neon Birkenstocks 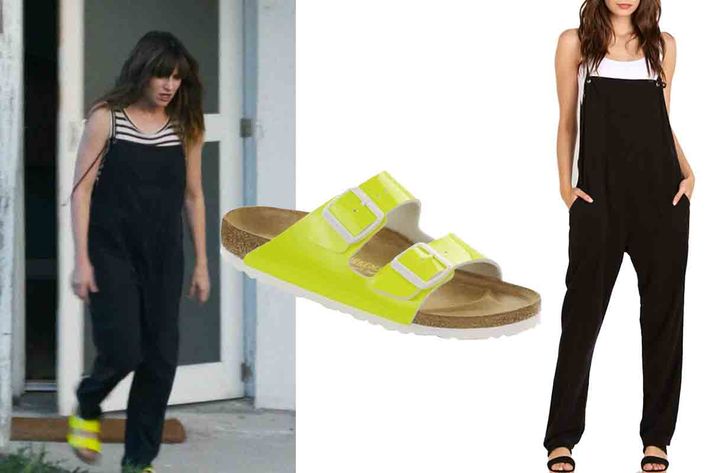 Schley: “Birkenstocks were written into the script as a way of showing Chris as a fish out of water in Texas. Then I found the neon ones and Jill [Soloway] and Sarah Gubbins loved it, I think because it was so distinctive. It’s sort of stylish, sort of funny, sort of cool, and sort of dorky all at the same time, which is what Chris Kraus is. I was worried they would be too distracting in the scene, but Jill and everyone thought they were perfect. Actually, one of my favorite Chris Kraus things was the pair of Lacausa silk, black overalls she wears with those yellow Birkenstocks in the very first episode.”