As days get shorter and temperatures cool, it’s also time (eek) to start thinking about going back to school. To help you get a jump on the best school (and school-related) supplies to buy for fall, we’re running a series called Cool School Stuff, in which we sniff out the best backpacks, best dorm décor, and best bento boxes, among many, many other things. Below, all the best cool school stuff we’ve already found.

The Best Notebooks on Amazon 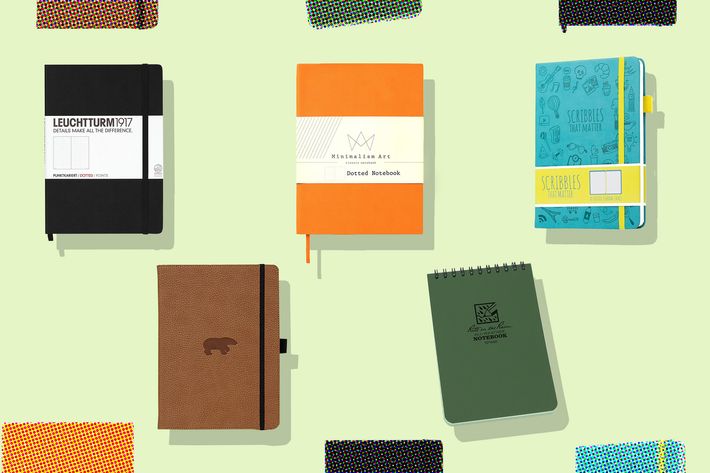 Notebooks aren’t necessarily one size fits all, so we went and found a dozen of the best-reviewed versions on Amazon (according to very opinionated users). 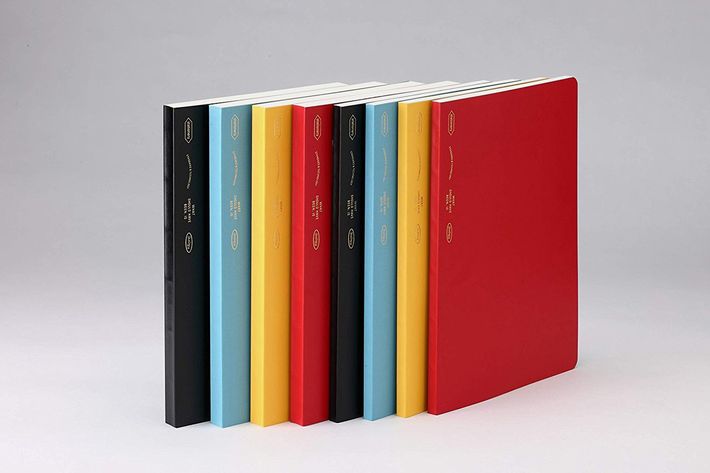 An obsessive calendar-keeper shares seven of her favorite planners.

The Best Pens on Amazon

The best pens — comfortable and affordable, with smooth ink that doesn’t bleed — aren’t that hard to find; we rounded up the best-reviewed ones.

The Best Pencils for Students

Pencil experts recommend the 16 best pencils for everyone from pre-K kids learning their letters to college students tackling high-level mathematics. 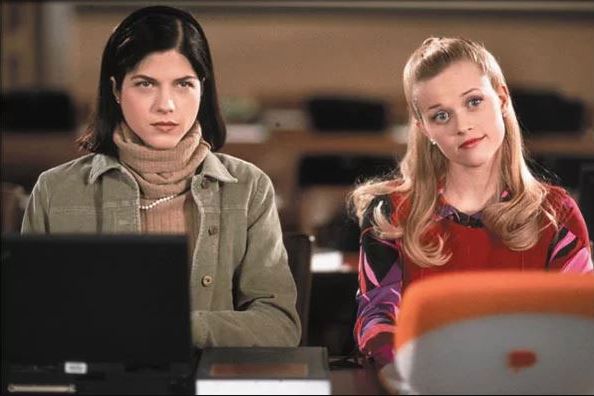 We found the five best laptops for every kind of college student.

A comfortable and inviting dorm-room chair will set up any college student for social success. Here are 12 picks from design experts. 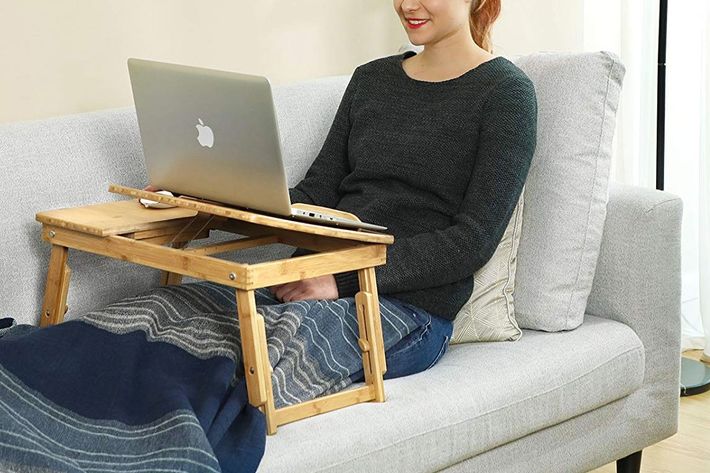 If working at a traditional desk all day long doesn’t appeal to you, try a lap desk. Here, we’ve rounded up 15 of the best picks on Amazon, including ones that are adjustable and can double as breakfast trays.

The Best School Supplies for Ninth-Graders 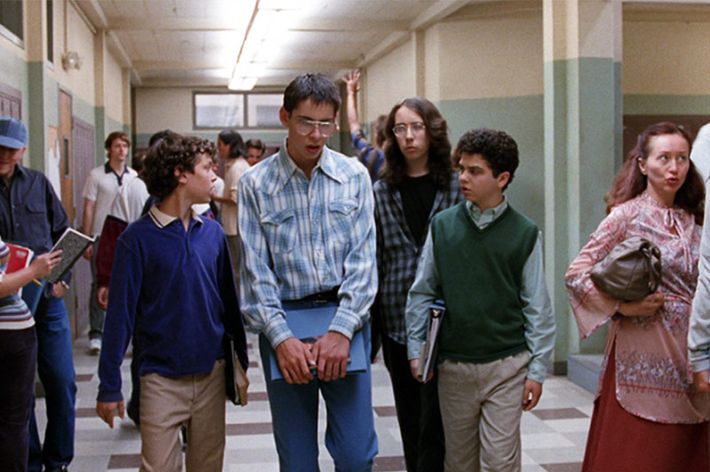 Four high-school teachers spill on the essentials for getting through your freshman year.

The Best Backpacks for Girls 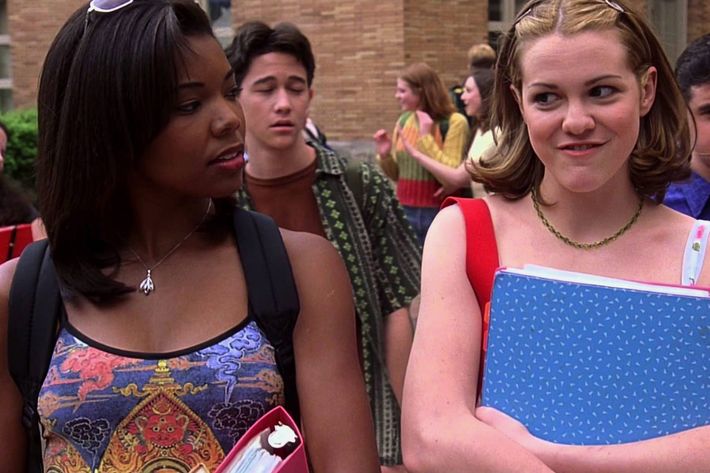 Here are 18 backpacks for girls, starting with the earlier years, all the way to high school.

The Best Backpacks for Boys 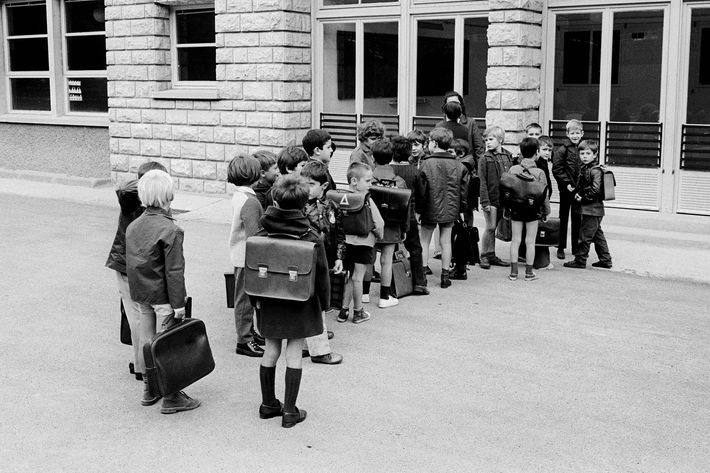 And 16 highly reviewed picks for boys, according to Amazon.

The Best Rolling Backpacks, According to Chiropractors 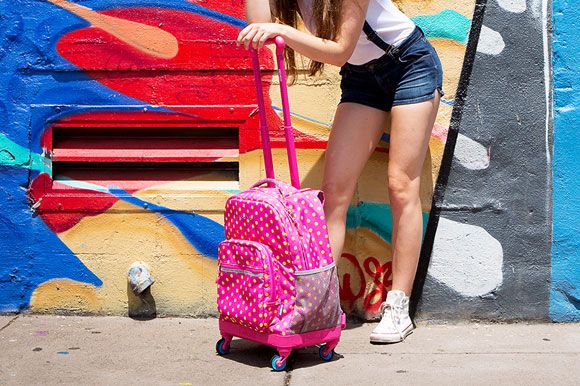 Backpacks can get heavy — and can cause serious issues — so here are ones that roll, as recommended by chiropractors.

The Best Notebook for Everyday Use

Writer Hannah Morrill found the perfect notebook in the spiral-bound Rollbahn: “Its strong coated-cardboard front won’t crease or crinkle. It can even be sponge-cleaned if, strictly hypothetically, a smoothie bowl were to leak in your bag. (A tight elastic band also ensures the pages remain sealed and protected.) The paper stock is thick enough that felt-tip pens don’t bleed through, but not so luxe to feel precious, like you’re jotting your Time Warner account number onto the Magna Carta.”

Get the best of The Strategist delivered to your inbox.

Illustrator Joana Avillez hordes these Uni-ball pens: “One of its finest attributes is its waterproofness. And its fadeproofness. It is reliable. It is disposable. It is trustworthy. It creates a line that is buoyant. It is as free as you can possibly let your mind be. It is also roughly two bucks at a stationery store, $16 for a pack of 12 on Amazon.”

Writer Mark Byrne fell in love with the collapsible Midori pen: “Within a couple of weeks, back home in New York, I had new, intense feelings about the pen. I was using it constantly. Within a month, I had found on Amazon, then bought in bulk, what I reasoned was a lifetime’s supply of the pen’s very specific ink cartridges. This was a transformative pen. I needed it to be with me forever.”

Christopher Bonanos swears by this soft-leaded pencil, which was used by Chuck Jones to draw Bugs Bunny: “What makes the Blackwing a life-changer is a little hard to explain, at least until you try one. The lead is extremely soft — that’s why I switch among four of them, because they get dull after half a page. That softness comes with an upside: smoothness. You get nice black marks while barely touching the paper, which means you can write faster.” 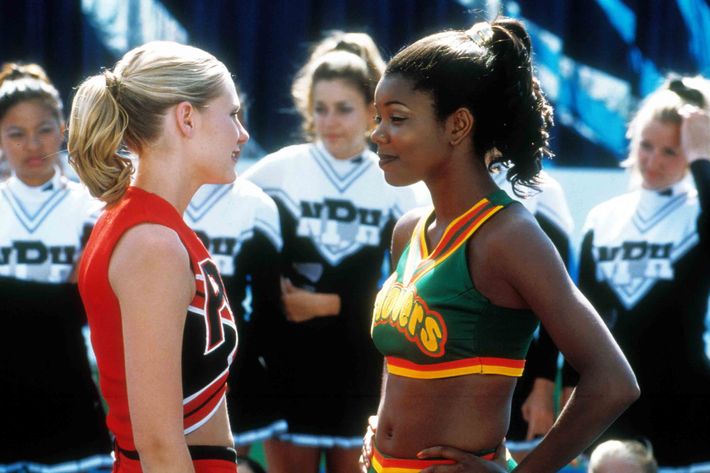 We talked to a high school cheerleader about the ultimate status symbols among her squad.

According to Maxine Builder, the best stapler is one that actually doesn’t use any staples at all — this Japanese version secures paper with an origami-like hold that’s shockingly secure.

We spoke to a Pratt student to find out what the ultimate status symbols for art school are, from Doc Martens to Moleskine notebooks.

The Best Posters for Dorm Rooms 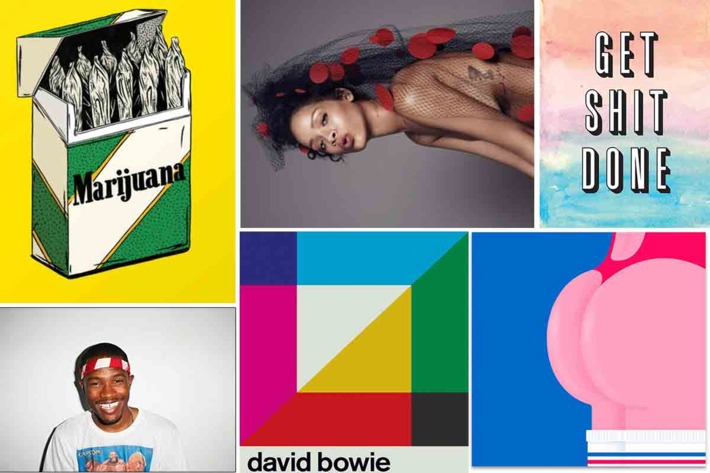 Posters should be a reflection of your personality, so why go for something as clichéd as Albert Einstein or John Belushi? We went and found 18 of the best alternatives to played-out wall art. 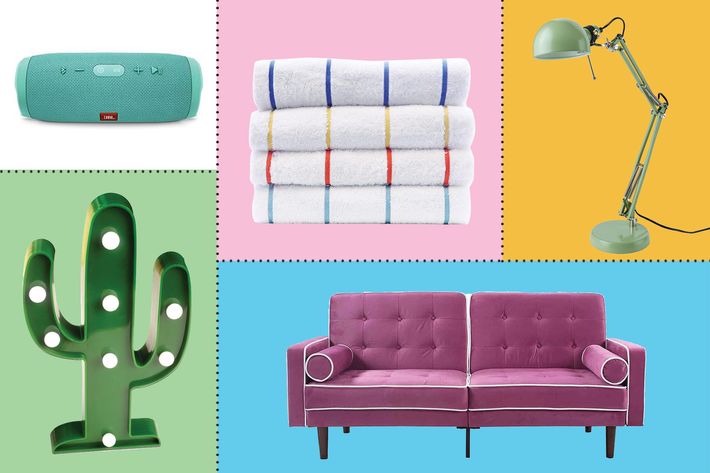 The best décor for your dorm room all in one centralized guide. 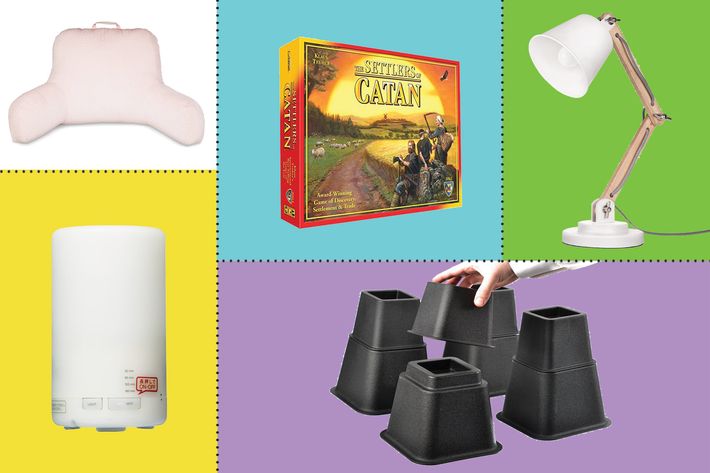 To find out what the real college essentials are, we talked to six college sophomores about what freshmen should bring. 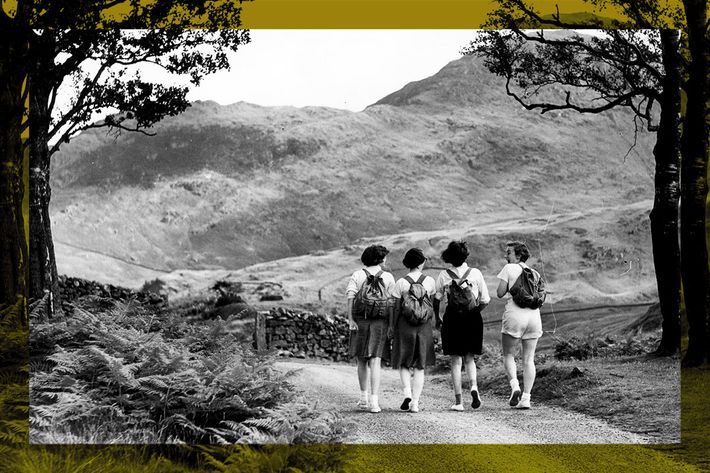 Not sure what to bring for your semester abroad? We’ve got you covered with the essentials as recommended by someone who’s been there. 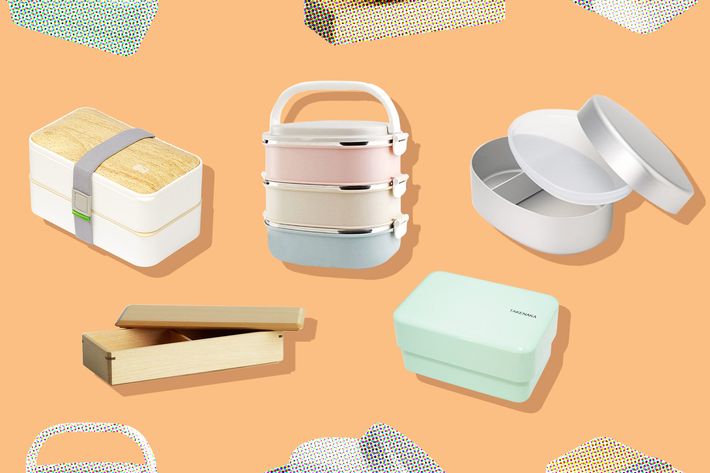 The lunch boxes are Japanese bento boxes, which come with compartments to keep all your food separate. We’ve rounded up the seven best you can buy, according to an expert. 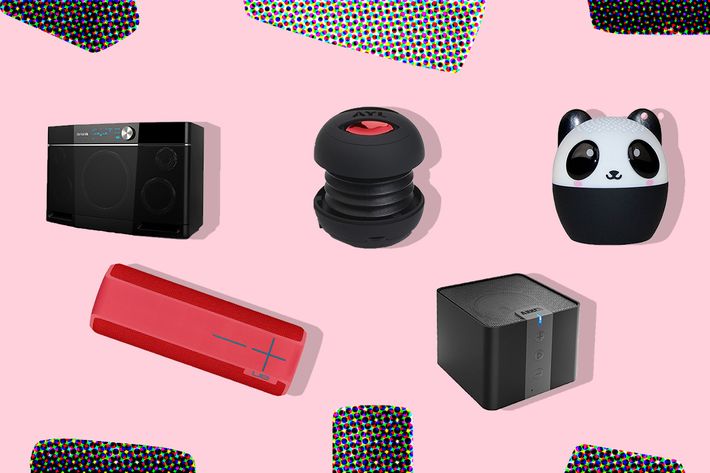 The best speakers to put on studying music — or throw a third-floor rager.

For taking notes, writer Elizabeth Gumport thinks nothing beats white Post-its: “Sketch pads, index cards, stacks of printer paper: I’ve tried them all, and for the most part, they’ve served me well. But none so well as the white Post-it, which I first discovered two years ago and have used nearly every day since. Like my old envelopes, they are the blankest of slates, as their white background never competes with the color of your ink for attention. Whatever you write, that’s what you see: The medium highlights the message by basically effacing itself. I stick reminders around my laptop’s screen, and a daily to-do list next to its track pad.”